Bushman of the Kalahari

I have mislaid a week of my life!

Not really, but that's what it feels like. I was sitting at the SASA Annual Exhibition at Kirstenbosch last week until Thursday, then Friday first thing, it was on the 'plane to Johannesburg for a friend's daughter's wedding. Only got back last night, so have done nothing with a brush for over a week!

This painting is of a Bushman, one of those incredible hunter gatherer people who are the original inhabitants of this country. They owned no land (they believe only God owns the land) and lived off it in much the same way the Aboriginal people of Australia and the Red Indians in America did.

Their ability to live in desert conditions is amazing and in this painting he is using his bow and arrow as a musical instrument. 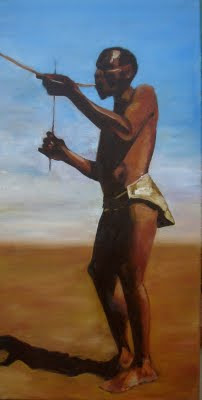 The Bushmen, often referred to as the San or the generic term Khoisan, are the remnants of Africa's oldest cultural group, genetically the closest surviving people to the original Homo-Sapien core from which the Negro emerged. They are small in stature generally with light yellowish skin, which wrinkles very early in life. Despite the later massive expansion of the pastoral and agrarian tribal cultures, those Bushman groups that utilised environments that were unsuitable for farming, survived until fairly recently with a high level of genetic purity.

I did so enjoy painting this one, but I battled with the photograph.

I picked up on Dean's tip of using black gesso and then just painting with Prussian blue/Cad red and a bit of white mixed in in varying degrees.

Painting the negative shapes was a total challenge and sometimes I had to double back and constantly check where I was going with those tree shadows.

But the title! I finally settled on Insomnia, but am not 100% happy with it. Anyone got any other suggestions? 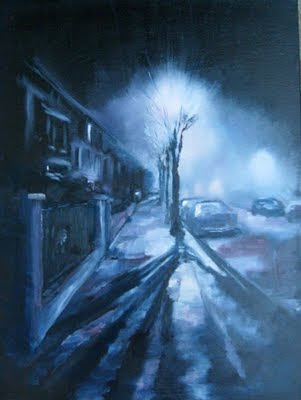 I keep finding these wonderful challenge blogs, and the latest on my list is Dana Marie's Inspiration all Around us. That is where I got my last posted painting of the horse from .
Dana Marie runs her blog a little differently in that you have to do your own posts. All you do is email her and she lets you have the details, and off you go!

This is the latest one from the blog - just a reminder of Autumn to all of you living in the Northern Hemisphere! 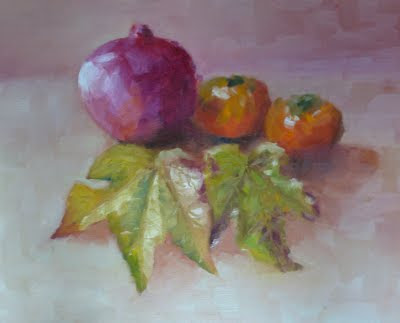 Oh I'm as pleased as Punch and so honoured! The inimitable James Parker, who lives in Texas, has a wicked sense of humour, also runs a challenge blog called Windows to the Words.

Last month he posted pictures of cats and my drawing of Michelle's Figaro was given 2nd place and a prize to boot!

Thank you James, for doing what you do, and being who you are.
Posted by Art with Liz at 3:33 PM 26 comments:

Last night at our painting class, my wonderful teacher, Margie Johnson, pushed the envelope and told me I needed to free up! Ok, I agree - it's something I've been trying to do, with very little or no success.

So, a beautiful picture of a horse from Dana Marie's challenge blog, Inspiration all Around Us, was the subject of choice. I know this was an old challenge, so I hope Dana Marie doesn't mind me using it now.

Painting this lovely animal also reminded me of Maree, a fellow South African, who has just done the most amazing sketches of horses. Have a look.

For a typical neat Capricorn, it was almost teeth pulling to blur the outlines, especially of the back of the horse, but I think I did it.

Anyway, I kind of like the result! Would love to know the thoughts out there. 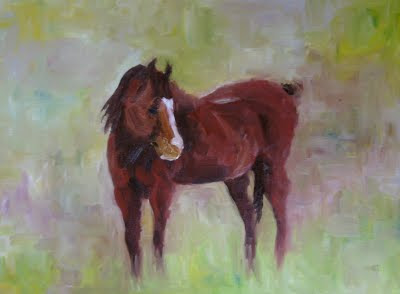 I never knew until I saw Gwen Bell's painting, that this is Michelle Burnett's beautiful cat, Figaro.

This is part of James Parker's challenge blog - some of the cats he put up for this challenge were great, but I do think Michelle's cat came out as the number one choice for many.

This is my painting of him. 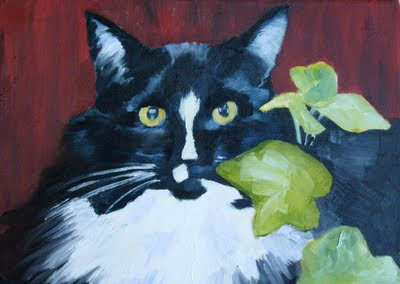